Queries involving IN and NOT IN over a subquery are much faster in Presto 312. 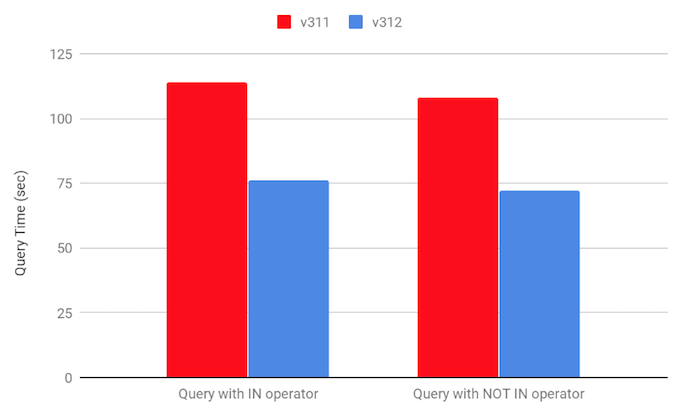 We ran the benchmark above with 3 workers (r3.2xlarge) and 1 coordinator (r3.xlarge) on TPC-DS scale 1000 stored in ORC format using the following queries:

What was the improvement?

How does optimize-hash-generation optimization work

Presto divides a query plan into parts called Stages which can be run in parallel on multiple nodes, each node working on different set of data. There are two types of stages:

The Exchange operator shuffles and transfers the output from upstream stages to the intermediate stages. For certain operators like GROUP BY and JOIN, output data of the leaf stage is partitioned by the values of a column and the shuffle operation ensures that a particular partition is always processed by the same task of the Intermediate stage. This partitioning requires calculation of a hash on that column’s values during exchange and later in the intermediate stage same hash is needed during the execution of GROUP BY or JOIN operation. To prevent redundant calculations, Presto calculates this hash value in the leaf stage, uses it in Exchange operator and makes it available in the output to let GROUP BY or JOIN operations use it in the intermediate stage.

Consider this query to count the number of stores per city:

The query plan (simplified) and its division into stages looks like below: 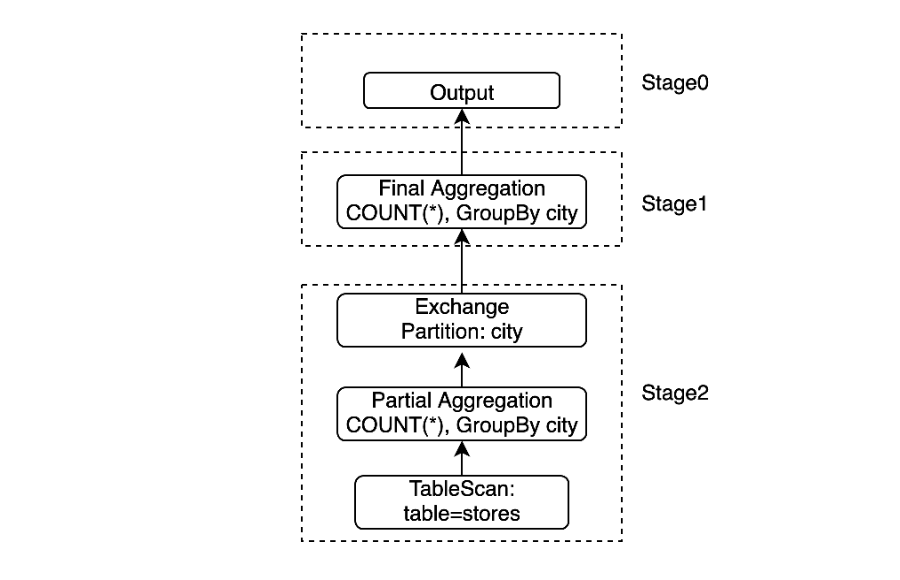 The leaf stage (Stage2) reads the table from a data source, feeds the partially aggregated data to Stage1 where final aggregation happens, and finally, the result is available via Stage0.

Each row produced by Stage2, needs to be partitioned by the value of city column in it to ensure data for same city is processed by the same task of Stage1. After the exchange, when a row is consumed in Stage1, it needs to be hashed again to find a group for the row so that the final aggregation accumulates results for each city in it’s corresponding group bucket. Double hash calculations on the values of city column is prevented by doing this calculation once while reading the data and then using it in both Exchange and Final Aggregation operations which reduces CPU usage of the query. Additionally, pushing this calculation into leaf stage which is better parallelized when there is a large number of splits for this stage, improves query latency.

How to get this fix?

This fix is available in Presto version 312 and above. The optimize-hash-generation setting is enabled by default so the fix will be in action as soon as you upgrade your Presto installation.