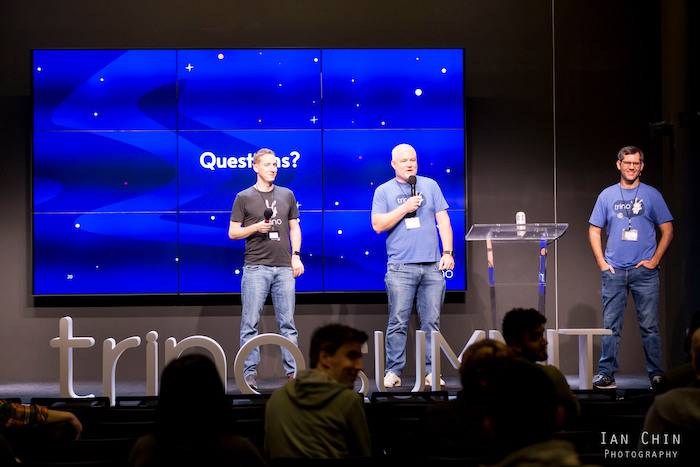 To kick off the Trino Summit 2022, we heard from Trino co-creators Martin Traverso, Dain Sundstrom, and David Phillips. Martin gave a talk on the state of Trino and project plans for 2023, then opened the floor to questions from the community. You can watch a recording of the talk, or read on if you’re only interested in the highlights.

So what has happened in Trino over the last year?

And what’s coming down the pipeline?

There were also tons of great questions asked by live and online attendees answered by Dain, David, and Martin, so if you want to hear more, take a listen to the full talk!

If you thought this talk was interesting, consider sharing this on Twitter, Reddit, LinkedIn, HackerNews or anywhere on the web. Use the social card and link to https://trino.io/blog/2022/11/22/trino-summit-2022-state-of-trino-keynote-recap.html. If you think Trino is awesome, give us a 🌟 on GitHub ! 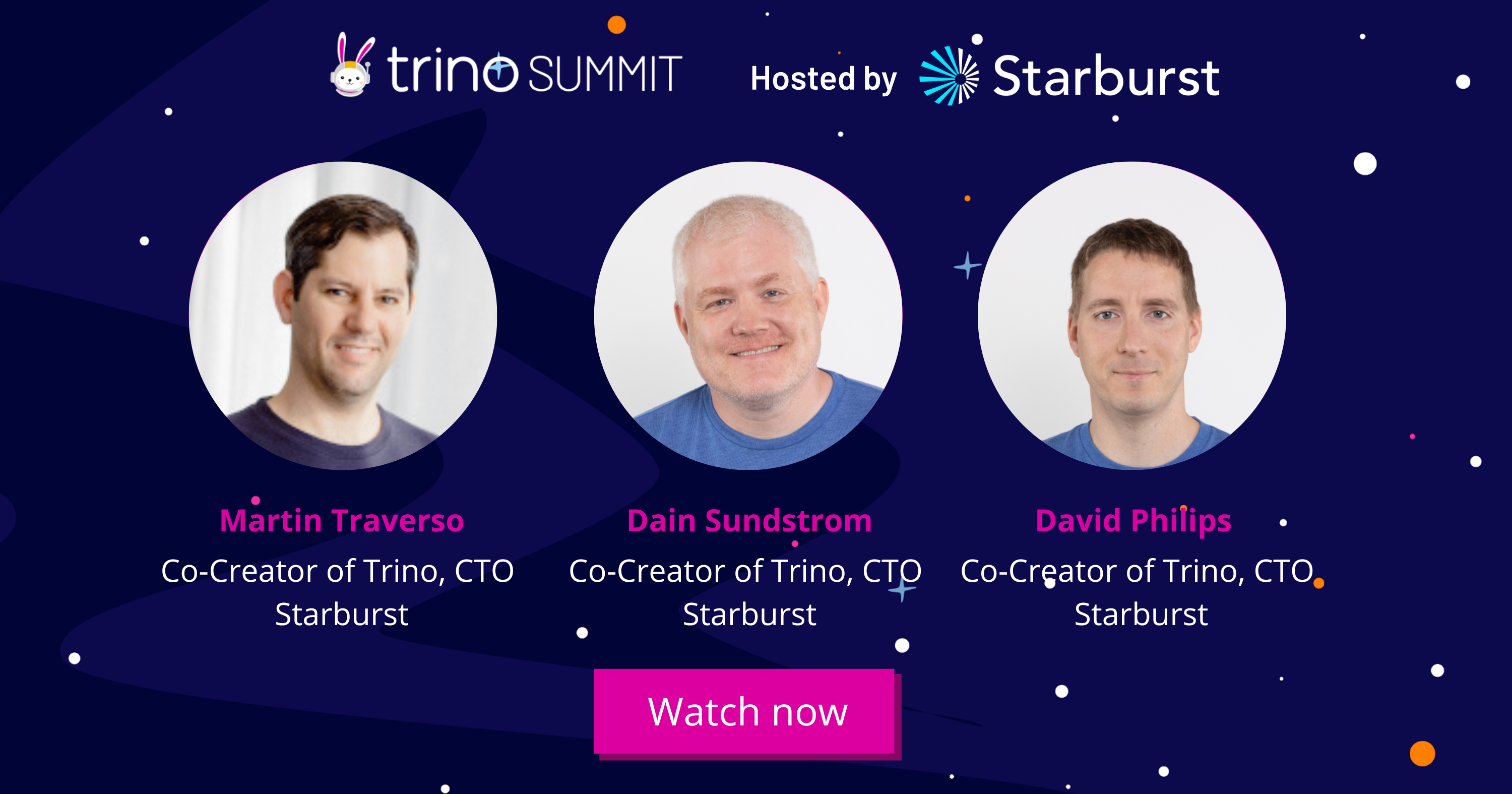