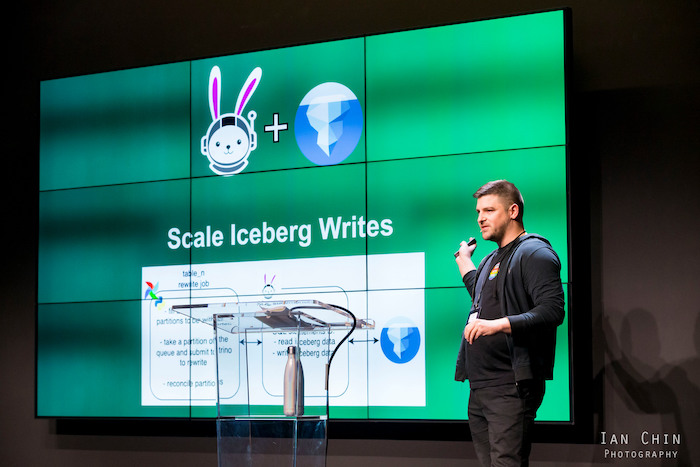 Rolling right along with another one of our Trino Summit 2022 recap posts, we’re excited to bring you the engaging talk from Marc Laforet at Shopify. He talked about the ordeal (or, if you look at it in a positive light, the privilege) of migrating petabytes of data from Hive to Iceberg table formats with the help of Trino. With details on why Shopify chose to move to Iceberg, the various migration strategies that were considered, and the ultimate process of moving all that data while the Trino Iceberg connector was still in active development, it’s an insightful talk that you don’t want to miss.

Along with many other Trino users, it should come as no surprise that Shopify has a lot of data to work with. First-party data comes in from a few different sources, and there’s a mountain of modelled data to go along with it. In Shopify’s case, one of the issues was that some data sets were built on top of custom table formats. On top of that, the architecture wasn’t scaled with a careful plan in mind, leading to limited interoperability of datasets among various tools. With data scientists unable to unify data across different tools and storages, it was time for a change.

When you’ve got tons of data that isn’t currently in one place, what’s the fix? Create a central lakehouse for all the data to be accessible from, a single-service portal that could serve all users’ needs. The first question was which table format to use, and if the title of the blog post didn’t already give it away, they chose to go with Apache Iceberg. It was an easy, central vision to work towards: all data in a centralized lakehouse stored in Iceberg, then queryable by Trino.

Having a plan and putting that plan into action are two different things, though. When nothing is already in Iceberg, moving it all there is a migration on the scale of thousands of tables and petabytes of data. In Marc’s words from the talk, once Shopify committed to the migration and invested resources into it, the realization was, “crap, now I have to build it.” Even worse, because the old data was primarily in gzipped JSON format, it all needed to be rewritten… and so it was.

Then, enter Trino! With new Iceberg-based tables, Trino was identified as the right tool for the job to process all that data. This wasn’t without snags, as the migration happened while the Iceberg connector was still being aggressively worked on and developed. There were a few different incidents where Shopify hit a snag or an issue, and an update or bugfix to Trino’s Iceberg connector solved those problems in a matter of days or weeks.

Moral of the story? If you find yourself using an old Hive table with outdated file formats, lamenting the resources you need and the time it takes, the decision is easy. Migrate to Iceberg with Trino. Shopify has shown us the way, and the full talk has plenty of useful advice for how to best go about it.

If you thought this talk was interesting, consider sharing this on Twitter, Reddit, LinkedIn, HackerNews or anywhere on the web. Use the social card and link to https://trino.io/blog/2022/12/09/trino-summit-2022-shopify-recap.html. If you think Trino is awesome, give us a 🌟 on GitHub ! 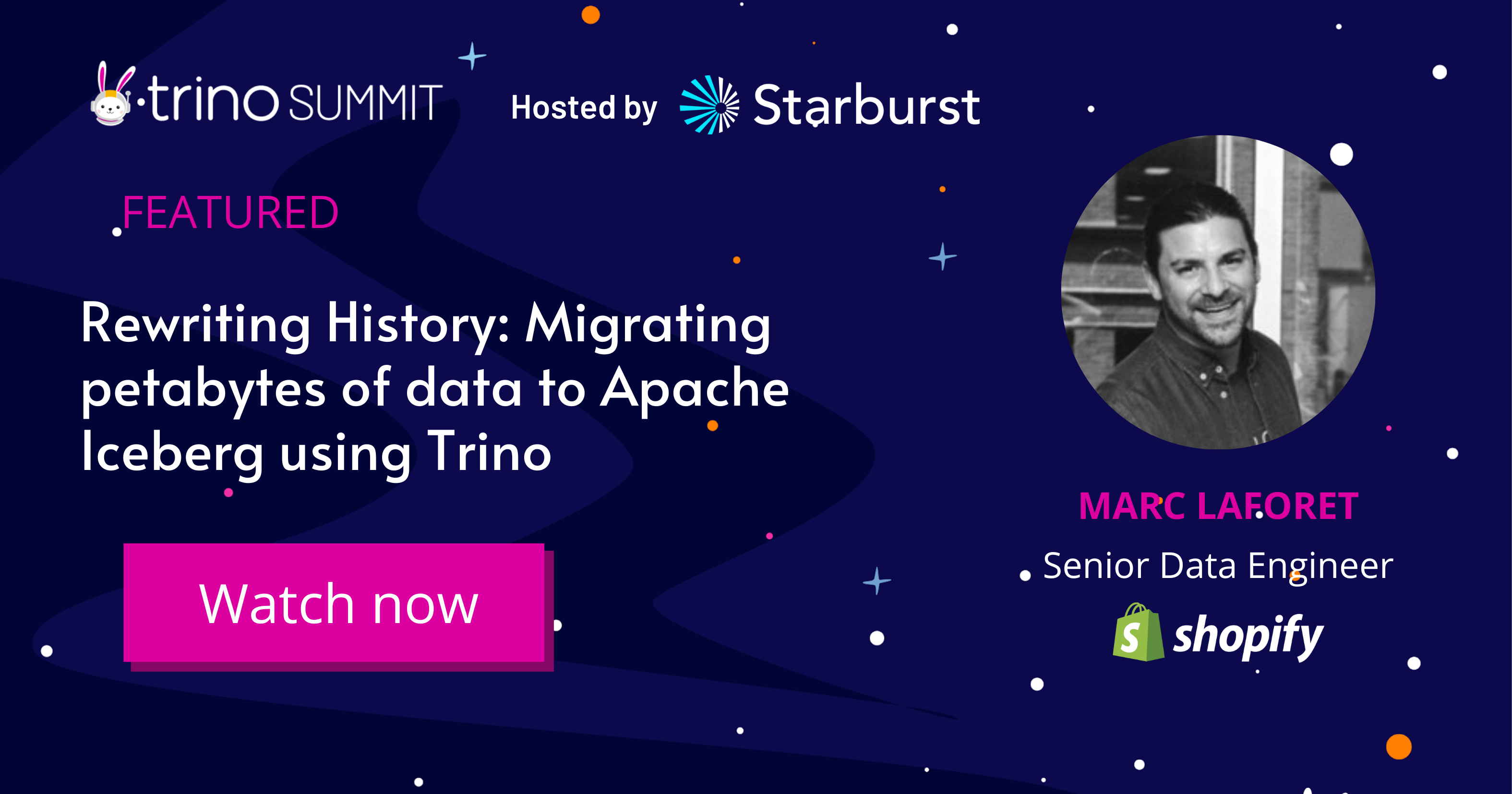