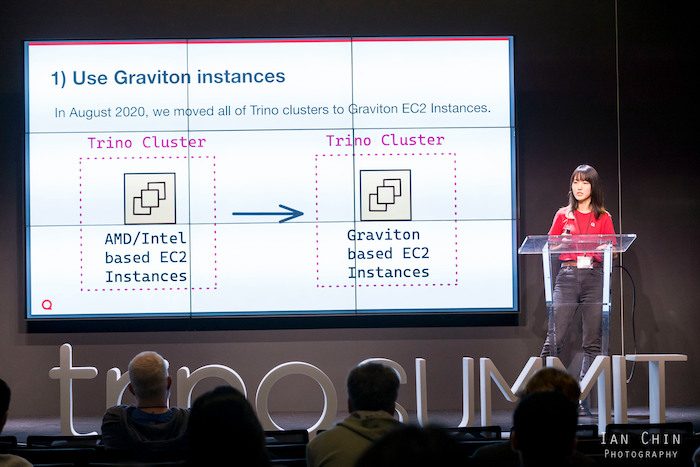 As we near the end of the Trino Summit 2022 recap series, it’s time to take a stop at Quora. At Quora, being an engineer responsible for maintaining Trino comes with its fair share of challenges. With concerns about cost, performance, and reliability, Quora has taken several creative steps to ensure that they get the most out of Trino. Other Trino users may be able to learn a few neat tips and tricks to do the same by tuning in.

Trino at Quora is used in the big ways that we’re all familiar with. It receives queries from a variety of clients and services, then executes those queries on an S3 data lake and Hive metastore to return results at high speeds. With a wide variety of clients, Quora gets the most out of Trino, using it for ad-hoc analysis, but also for ETL, backfill jobs, A/B testing, and time series queries. But as with any large system being used for so many things, this isn’t without a few challenges.

The first challenge is a universal one - how can Quora keep the costs of running Trino to a minimum? One of the biggest strategies was to migrate to AWS Graviton instances to run Trino clusters, as they have proven to be more cost-efficient than other AMD and Intel-based EC2 instances at Quora. Graviton does have lower availability, though, so they sometimes must be complemented with some AMD/Intel instances in order to avoid any downtime. Auto-scaling also led to great cost savings, as the workloads varied based on time of day. By checking usage and anticipating it by ramping up the number of machines during the busy workday and ramping it back down when fewer jobs are in progress, Quora was able to minimize idle machines and cut back on unnecessary spending. Finally, and perhaps most obviously, the team at Quora worked to make ETL queries more efficient. By using partitions effectively and creating a tool to detect inefficient queries scanning too many partition keys, the result is efficient queries that take less time and use fewer resources, saving on cost.

Up next - how could Quora maximize Trino’s performance? With data analysts expecting quick runtimes and occasionally running into problems, fine-tuning Trino to run as well as it possibly can isn’t always an easy task. One particular major issue they found at Quora was that some worker nodes which ran for 24 hours or more straight would utilize less CPU and run slow, bogging things down. The fix? Gracefully restart worker nodes that run for over a day, and implement a detector to flag and restart any nodes which showed signs of behaving slowly.

The final big concern at Quora is reliability, as users expect Trino to be up and running whenever they need it. In one instance, they found that overwriting a specific configuration option caused a cluster to crash repeatedly and slow down to a crawl. The issue was that they’d steadily been bumping the value of the query.min-expire-age configuration property up and up and up from the default value of 15 minutes, until eventually, unexpired query history was using up too much memory and causing the cluster to falter. Lowering the value back down to something more advisable saved the day in that situation. But wanting to avoid similar situations from happening again, Quora built extensive monitoring tools to track the health of their Trino clusters. They ensure that even when user error does cause problems, those problems can be flagged and send out alerts, bringing the data engineering team to the rescue.

If you thought this talk was interesting, please consider sharing this on Twitter, Reddit, LinkedIn, HackerNews or anywhere on the web. Use the social card and link to https://trino.io/blog/2022/12/16/trino-summit-2022-quora-recap.html. If you think Trino is awesome, give us a 🌟 on GitHub ! 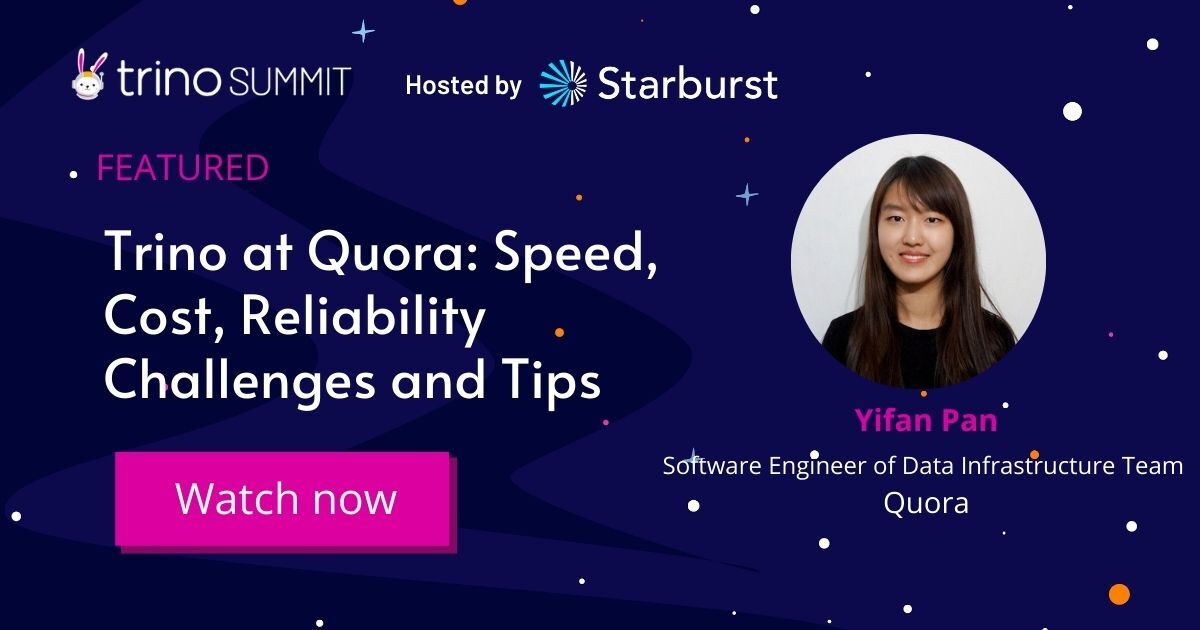