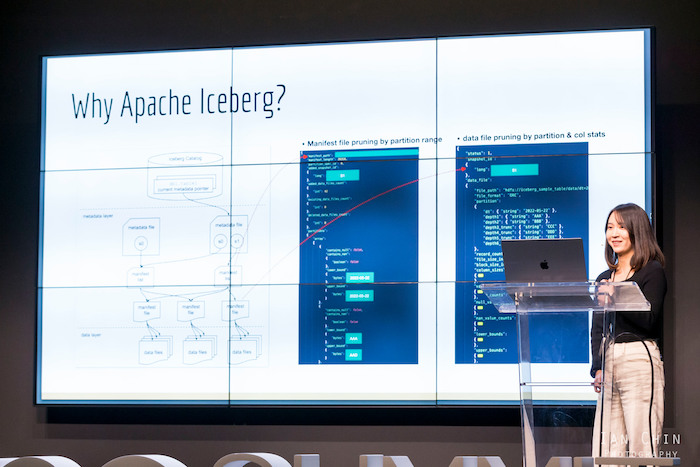 This post comes from the second half of Trino Summit 2022 session. Our friends JaeChang and Jennifer from SK Telecom traveled across the globe from South Korea to join us in person! SK Telecom recently had some issues scaling Trino on the Hive model, among other issues that come with Hive. While some initial tweaking helped speed things up, it ultimately never solved the problem. After switching to Iceberg, SK Telecom ran initial performance tests with some very impressive results. In this talk, Jennifer and JaeChang describe their journey to Iceberg with Trino.

SK Telecom manages on-premise Hadoop clusters to store their data. Previously, they used tools like distcp to make data available in one center. SK Telecom started using Presto in 2016 and shifted to Trino in 2021. To run batch queries on their warehouse, Trino workers are deployed on HDFS data nodes. There is also an adhoc Trino cluster deployed to manage federated queries over multiple data silos from an array of disparate data sources. This was one of the slow and brittle processes that Trino replaced. They chose Trino because it simplifies querying novel big data systems and combines that data more commonplace systems for their users.

As Trino adoption grew within the company up to 300 requests per minute, they eventually faced challenges with scaling. Not only were the number of requests growing, but the range of data being queried grew as well; users were evaluating petabytes of data, with terabyte-sized query input processed across hundreds of nodes. Many user queries were blocked while waiting for resources to become available. In response, the data engineering team began investigating how they could both scale and improve individual query performance.

To find the root cause, SK Telecom’s data engineers investigated cluster behavior beyond what was exposed in the web UI. They began collecting all the query plan JSON files, coordinator and worker JMX stats, system metrics, and Trino logs to build out their own metrics dashboard. The two main causes were that input data was too large, and there were spikes in the number of BlockedSplit operations leading to queries being blocked while waiting for other tasks to complete. They initially aimed to address this by changing some settings to increase thread counts and tuning the settings, but these changes still didn’t achieve the desired results. The ultimate bottleneck was the Hive metastore and the expensive list operations that caused many of the blocking operations to finish slowly.

At this point, the team reevaluated their needs to consider alternative solutions. They needed a better indexing strategy on the data with a flexible partitioning strategy. They also needed to remove the bottleneck on the metadata for this data while still maintaining compatibility across multiple query engines as Hive did.

The team looked at the existing set of novel data lake connectors available in Trino version 356, which at the time only included Iceberg. SK Telecom was immediately impressed by the metadata indexing in the Iceberg project. They particularly liked Iceberg’s snapshot isolation as data is created or modified. They were able to speed up queries using data file pruning on partition and column stats stored in the manifest file.

This summary is just the tip of the iceberg of all the information JaeChang and Jennifer shared with us about how Iceberg helped SK Telecom with their Trino scaling issues. Watch this incredible talk to learn more if you’re considering taking the leap from Hive to Iceberg!

If you thought this talk was interesting, please consider sharing this on Twitter, Reddit, LinkedIn, HackerNews or anywhere on the web. Use the social card and link to https://trino.io/blog/2022/12/19/trino-summit-2022-sk-telecom-recap.html. If you think Trino is awesome, give us a 🌟 on GitHub ! 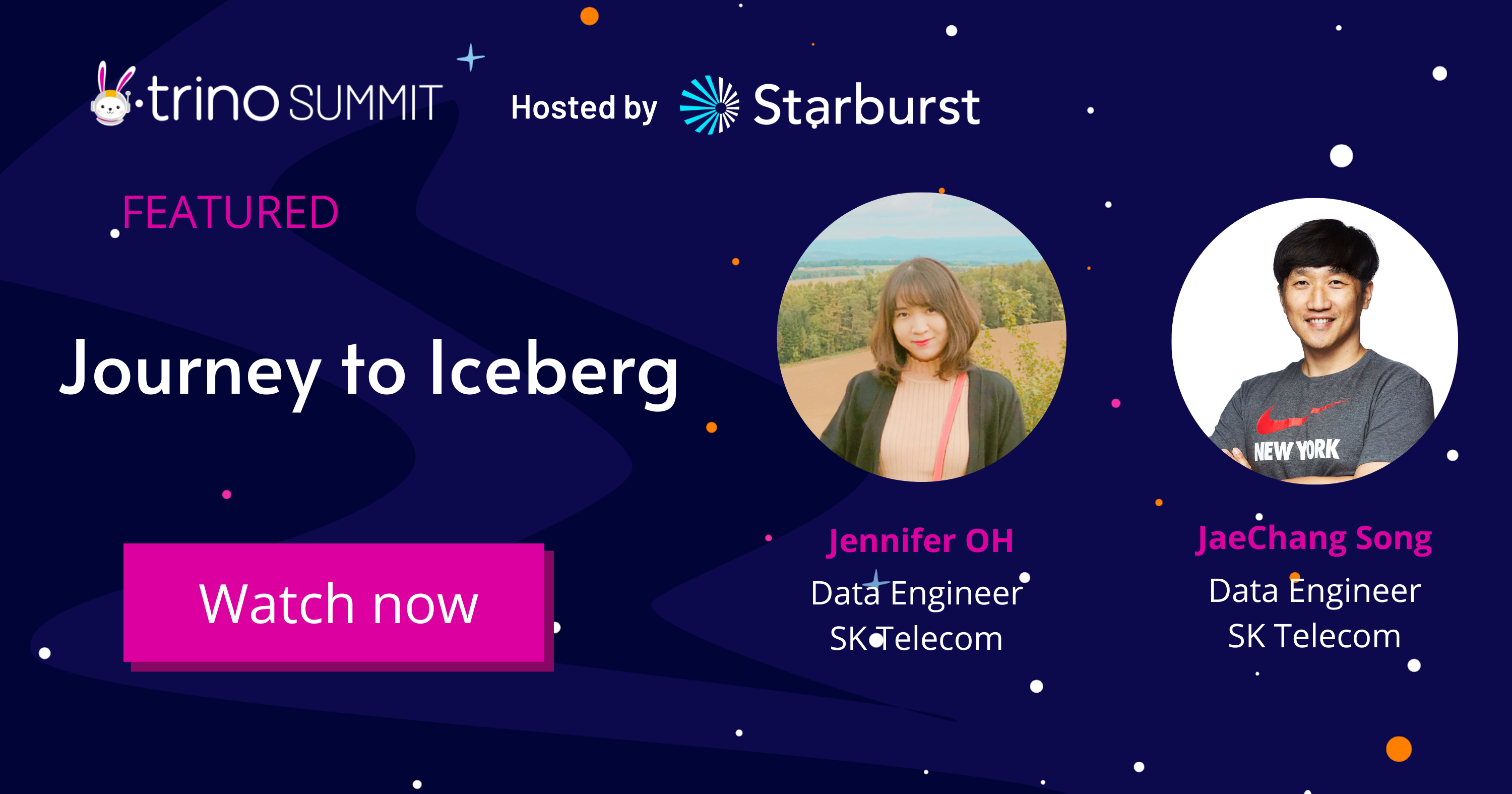