7: Cost Based Optimizer, Decorrelate subqueries, and does Presto make my RDBMS faster?

Concept of the week: Cost Based Optimizer

We’re continuing our series covering some fundamental topics that build up to dynamic filtering! This week we’re discussing the cost-based optimizer with Presto co-creator Martin Traverso!

To recap, in episode 6 we discussed a little bit about the various forms a query takes from submission to the coordinator, to actually being executed. We discussed how the parser generates an abstract syntax tree (AST) and the analyzer checks for valid SQL including functions and making sure tables and columns being referenced actually exist. 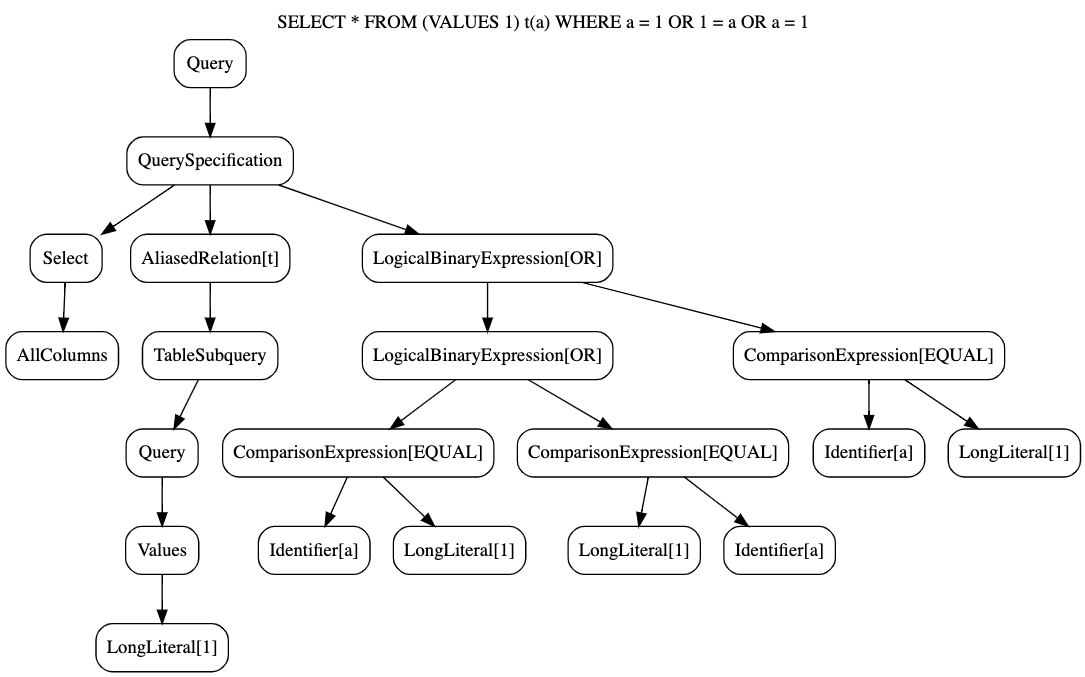 The next phase we discussed was the planner. Internally, the planner and optimizer overlap substantially, but you can think of the planner as the early part of the planning phase that generates the logical query, and over several optimization iterations becomes an optimized distributed query. The planner generates a new tree data structure called the plan IR (intermediate representation) that contains nodes representing the steps that need to be performed in order to answer the query. The leaves of the tree get executed first, and the parents of each node are dependent on the action of its child completing before it can start. 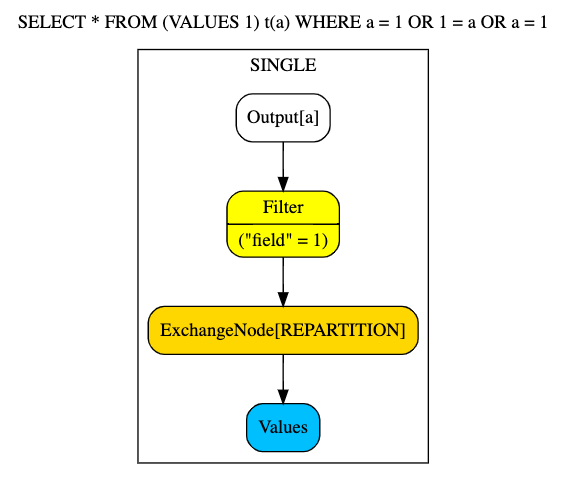 Here’s ab example of a logical plan tree using the same query form the AST above. Since this query isn’t pulling from a data source, the distributed plan is equivalent to the logical plan.

In the cost-based optimizer phase, there are various rules that are applied to the Plan IR that slowly optimize the structure into the final distributed plan that is then executed. To do this, the optimizer retrieves some statistical metadata of the tables and their data. This information includes, table row counts, column data size, column low/high value, distinct column value count, and the percentage of null values in a column. With the list of rules that aim to leverage these statistics, the optimizer improves the query structure that improves on parallelism based on the number of workers to the number of sources.

If you want to jump into the code, start at the entry point for the planner/optimizer and the initial planning starts on this line. This loop is where the actual optimization occurs. So if you are interested, maybe grab a brandy 🥃 and take some time to set your debugger at these points and watch the optimizer do its thing!

Refer to chapter 4 in Trino: The Definitive Guide pg. 50.

PR of the week: PR 1415 Decorrelate subqueries with Limit or TopN

Before we can jump into this PR, let’s discuss what a subquery is and further what a correlated subquery is. In SQL you have a nested query that runs within another query, typically embedded within a WHERE clause or SELECT statement. Take this query for example:

In this example, we are running the subquery in the context of the row in order to evaluate the value of t1.b. Having this query run for every row of the parent query is certainly not ideal if it is not required and that is why subquery decorrelation is a common optimization technique if an equivalent non-correlated subquery exists for a given correlated subquery.

This pull request adds a rule that added the ability for Presto to handle the decorrelation of a subquery containing a LIMIT or (ORDER + LIMIT i.e. TopN) clauses. So, the common trick during decorrelation is to turn it into a query that can process the results from the inner table in one shot. The approach is to flatten the results of executing the subquery for every row into a single stream of rows before it is finally ready for execution.

This change also applies to a LATERAL join, which behaves a lot like a nested subquery only that it acts as a table and returns multiple rows instead of just a single row.

After the show Kasia pointed out that the failing queries were not all failing for the same reason. The first failing query above actually gets planned and executed, but the exception occurs during the execution. The rest actually fail during the planning and optimization phase as they were unable to be decorrelated due to the issue I line out in the comments above.

Question of the week:

In this week’s question, we answer: Will running Presto on my relational database make processing faster?

I have been going over the docs of PrestoSQL and it seems to fit some of my requirements. I am little concerned about the resources needed to run Presto in production. Because the size of my prod data is between 3-5GB and there will be very minimal data growth. Is Presto suitable for such a small data size?

Many times, the idea that Presto is fast gets conflated with the idea that Presto is a good fit for all use cases. It is important to understand that Presto is a) not a database b) not developed for OLTP workloads and c) built to handle data at the scale of Terabytes to Petabytes over distributed queries. Since Presto uses a connector framework, it also has an added benefit of running federated queries to whatever data source that returns data that can be represented in some columnar fashion.

For relatively small size data sets you should try directly using your relational database first. Doing this is better for small data sets. Database indexes are really nice if you’re not in big data world and if you give your SQL Server say 10 GB memory, it should be running fully in-memory and thus — fast.

If you want to learn more about Presto yourself, you should check out the O’Reilly Trino Definitive guide. You can download the free PDF or buy the book online.